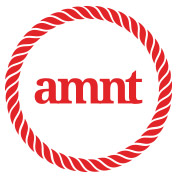 Red Line Voting has been developed by the Association of Member Nominated Trustees. The AMNT was set up in 2010 by and for member nominated trustees, representatives and directors of private sector and public sector pension schemes of any type – whether defined benefit (e.g. final salary) or defined contribution (e.g. money purchase). To join AMNT and/or find out more click here.

The AMNT has a growing membership of more than 500 trustees from about 400 schemes that collectively have assets under management totalling more than £600-billion. Our members are trustees from the very largest schemes with tens of billions but also from medium sized schemes right down to the smallest schemes with under £10-million.

What we do
The AMNT exists to support its members with their trustee duties, working to further their knowledge and understanding, facilitate networking and exchange of experiences, and to provide a voice for our members to government and the industry. AMNT campaigns on issues that our members consider important. Previous campaigns in alliance with those who share our views have included DB scheme valuation methods, leading to the establishment of a new objective for The Pensions Regulator, and improving outcomes for DC members, leading to the change in government policy to allow the establishment of the Collective Defined Contribution model.

The Red Line Voting concept originated with AMNT Founding Co-Chair Janice Turner and was developed working closely with committee member Bill Trythall and fellow Founding Co-chair Barry Parr, together with a working group of AMNT trustees drawn from a wide range of schemes. The AMNT would like to extend its grateful thanks to the UK Sustainable Investment and Finance Association which played a crucial advisory role in the project and enabled AMNT to consult fund managers and others among its membership for their advice and guidance on the drafting of the Red Lines. AMNT would also like to thank CDP (formerly the Carbon Disclosure Project) for their substantial advice and guidance in drafting the environmental Red Lines. We would also like to thank the Joseph Rowntree Charitable Trust for their funding of the initiative.

_
Please explore the rest of our website to find out how you can get involved.

If you would like to get in touch you can do so my emailing our Office Manager here or by telephoning 07825 278430.

Which ones concern you?

What is it all about?

To find out about Red Line Voting in more detail, please download our Trustee Pack. This includes the Red Lines, how to adopt them, Q&As and a presentation too.

An initiative by the Association of Member Nominated Trustees

Are you a member nominated trustee? Become a member of the AMNT, it’s free to join!